The Buderus G115WS is a residential oil-fired boiler designed with high output and high efficiency in mind. It delivers more heat for every dollar you spend on fuel, no matter if you install it in a new home or as a replacement for an existing unit.

Designed in Europe, where fuel efficiency and environmental regulations have spurred intense research and development efforts for many years, the G115WS features the very latest in residential boiler technologies. It is not only Energy Star rated by the U.S. Environmental Protection Agency, it is smaller than most comparable boilers, easier to install, easier to clean, and longer-lasting.

The G115WS's heating efficiency is enhanced by the use of a unique “three-pass" internal design. In plain English, this means that the boiler's cast iron water chamber gets heated not only more or less directly by the ignited fuel's flames from but also by the heated gases produced by that burning process. Most other boilers waste the heat from those gases, sending it up the chimney and out in to the atmosphere.

The Buderus requires significantly less maintenance than most boilers. It's made without a heat-consuming refractory or target wall, for example, and the patented cast iron it's made from, called GL-180M, is more flexible than most and thus less vulnerable to thermal shock as the boiler comes on and temperatures change abruptly.

The boiler's construction is unique, too. Its sections are joined together and sealed by so-called push nipples made of profiled, beveled steel, a technique that ensures a long, leak-free life. Meanwhile, the use of special compounds to seal the boiler's outlets make it gas-tight for safe and efficient operation.

There's more. The entire boiler is encased in 3 inches of thermal insulation, including its bottom surface. This adds greatly to the unit's efficiency and helps to stabilize its temperature between on and off cycles, thus further enhancing the unit's durability and productive life.

If there's one word that describes the G115WS, it's flexibility. For instance, it's just right for every kind of residential heating method, including baseboard, panel radiators, hydro-air, or radiant flooring. It can replace existing boilers that are either oil- or gas-fired, too.

The Buderus boiler can be vented either into a chimney or directly through a nearby wall – both options are ETL approved – thus making it easy to install. 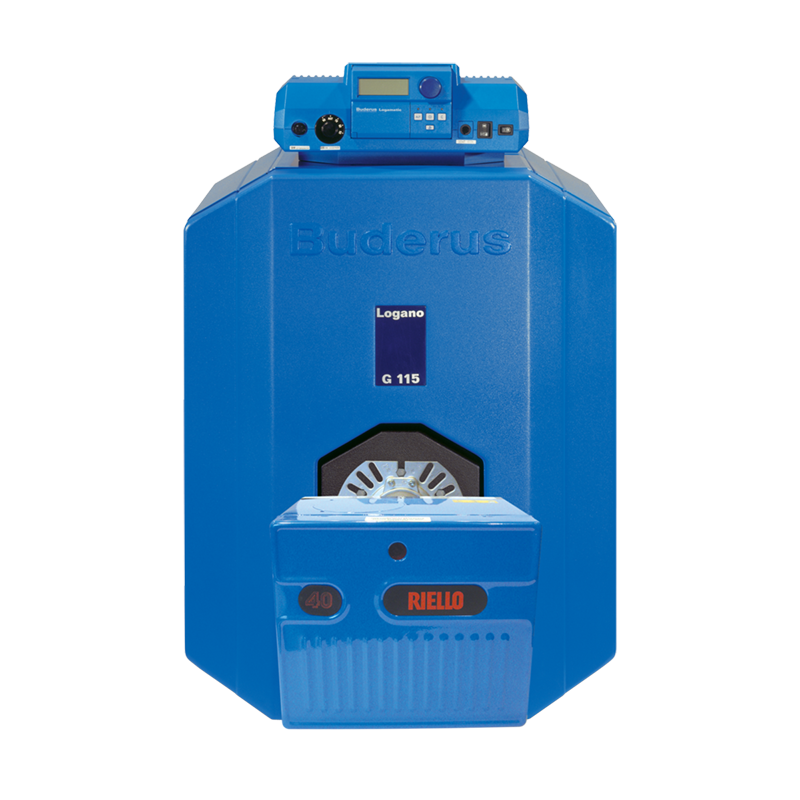 "I would like to express my gratitude to your company for sending such a competent service technician to service my heating unit. His work is beyond the norm. He serviced my unit completely as it should have been. He was thorough, neat and clean. He likes his job, he speaks very highly of the Hart & Iliff Company and its members. Again, thank you so much for employing such a fine man. Its always nice to be able to praise someone who has earned it."

"I would like to thank you for the installation of my new boiler. It was very timely and was certainly worry free for me. Please relay my thanks to your installation team for the nice job. Their work was careful and deliberate. I fully agree with the building inspector that they did a beautiful job. I am no plumber, but I can clearly see that their work is pristine!"

"May I take this opportunity to thank Hart & Iliff once again for your very prompt and great service.  It gives me comfort to know that I can count on you for both my oil burner and my plumbing needs."